These DC/HB books have been hit or miss, but most of them intrigue me at the least. 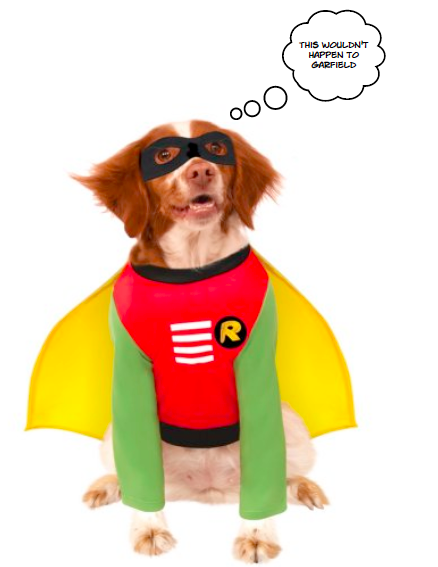 The first edition of 7th Sea had 5 stats, and they all related to combat in some way, which was very cool. The stats themselves were not that different from the standard array of stats and variants (SDCIWCh or SIWDCCh if you will). The use of each stat in combat was innovative and very cool, and assured that characters could focus on just one or two stats leaving the rest as dump stats.

In a specific non-combat situation, you likely know which stat you would use based on your action.

Some systems come up with clever stats, leaving their use much more open to interpretations. I loveslashhate these.

I love them because they can be very flavorful.

My hate derives from implementation and over-usage.

A fast character will always want to be fast, because that is their best stat.

A sneaky character, will always want, and always justify, how they are being sneaky.

I know a GM who once came up with an interesting meta-system for a large social encounter. There was pushback, because, the players who created social characters felt stuffed, and those who cared not for such activity, just wanted to continue being fast or stealthy, with no care for society.

But, neither the GM nor the players are wrong.

Non-traditional stats can be subject to interpretation, if I am fast, i imagine my character always being fast. In some games this means I have the best chance to accomplish things by being fast.

It can, and often does, become boring for the other players and GM, because every action is done…. FAST.

There are times when players hold onto this application of traits when it is not as appropriate, and many GMs acquiesce to them, because arguing at the game table is never fun.

Some of my own game designs utilize game mechanics that do not allow characters to continue using the same trait over and over again. getting players and their characters outside of their shells and trying new things is interesting. Having them approach a problem in a different way is interesting.

Are rules part of how you create a character? Do you look for optimal builds? Interesting builds? Do you ever try and recreate or emulate a character from fiction? Is it safe to say that many RPGs are thinly veiled attempts at emulating fiction of some kind?

There is the whole GNS school of thinking. It is too simplistic and to complicated for me.

Let us look at making a character.

Elves are a certain thing. As are dwarves. Both get special abilities to tie them to fictional counterparts. 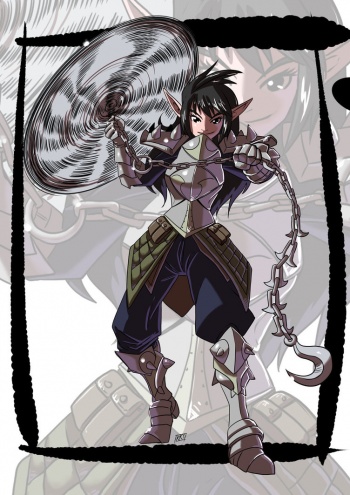 The in-game abilities they have reinforce the tropes from whence they come.

And then, there is this a$$hole? Where did she come from?

Yet, there she is, inhabiting many gaming worlds.

Because she doesn’t come from any popular fiction, her abilities are almost godlike in how broken they are.

Be that girl. But ask yourself why?

For the comicbook superhero game I wrote, I made many choices. I wanted players to be able to create whatever character they wanted. If that seems too broad, allow me to clarify and peel back the curtain… does your system of choice allow you to create Lex Luthor? As a significant threat for the Justice League.

If the answer is yes, please roll the dice and pass go.

Imagine if Hollywood had released tent-pole comic-book movies starring their iconic characters around the time of the source material’s release date. For the purposes of this experiment, we will say that a movie would be released 5 years after the introduction of the character, and only movies that have been made would be made.

They call it a Thor movie, but anyone who has seen the trailers knows it takes liberally from Planet Hulk.

The Irish-German actor was a relative unknown. 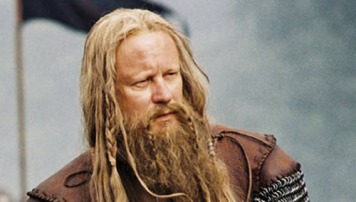 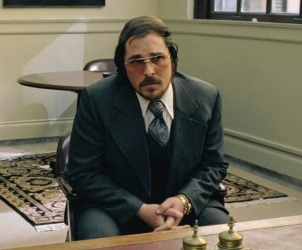 The method-actor embraced the horror story of his on-set meltdown and channelled his rage for good this time.

The second Swede to join the cast had wowed in the original Millennium trilogy adaptations as Lisbeth Salander. 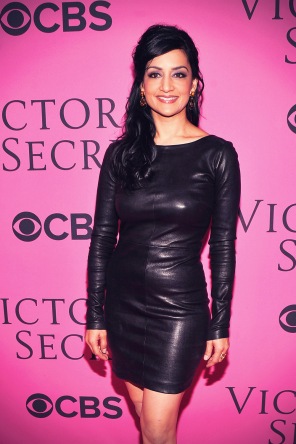 Diminutive in size, big in menace, her role as Kalinda on The Good Wife wowed producers.

If you are following along at home, you will know that mall is the voiceover name of one Paul Reubens, AKA Pee Wee Herman. Producers “”We wanted to change the idea of what a hulking guy made of rocks could be. He’s huge and heavy, but with a light soul. We wanted to make him funny and a relatable entry point into this world.” 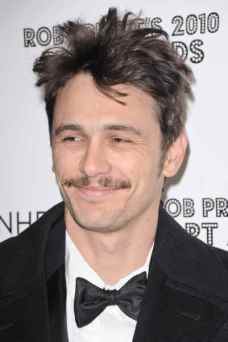 I enjoyed this, but it didn’t do much more than the earlier one-shot, and it certainly did not grab me viscerally the way Afterlife With Archie or Chilling Adventures of Sabrina did. I will continue to get it, because I want to support Archie Comics and as mentioned, I did enjoy it. But, overall, I have to give it a WOE.

Crossover Catalog seeks to examine crossover events of the big two, grading them on their Idea, Permanence, Execution, and Continuity. The IPEC scale and subsequent score will be recorded.

Look at that cover. Perez, the bright colors, Wonder Woman’s axe, I love this cover.

Behind the scenes, Perez was having a melt-down, titles shipped late, and the end result is…. less than great.

As shown in the Wonder Woman (vol. 2) issues #51-57, after the Amazons announced themselves to the world in #50, Circe has been behind the scenes watching Diana’s every move. Circe is responsible for a series of brutal murders that have occurred where various artifacts have been stolen. The Amazons are framed for these crimes and public hysteria is whipped up against them. With the disappearance of Queen Hippolyta, General Phillipus wounded by gunfire and the death of Hellene, some Amazons are taken into custody. Steve Trevor is forced by General George Yedziniak to attack Themyscira; an oncoming war is about to begin.

This event was really designed to pump up Wonder Woman on her 50th anniversary, and with everything I have read about the event, and the event itself, I will say, the Idea was solid. 4/5

PERMANENCE – New characters are introduced, stuff happens, but DC was not really committed to this, and Perez unceremoniously left the book. 2/5

EXECUTION – The series itself was solid, but there were so many missteps with the tie-ins, from misnumbering, to late issues, etc… 1/5

CONTINUITY – In theory, it stretched across many books, but see the late releases, etc. 2/5

She is relatable, real, determined, smart, funny, I wish the Supergirl book was in line with this (their crossover gave me such hope). Pick this one up for a nice dip in the Bat-waters, but more for the quality storytelling, about the superhero, and more importantly, about the hero behind the mask.

I think there is a movement to change the verbiage, I’m not sure. I’m not in the Kool Kids Klub, so I have no idea.

The game was a Veronica Mars inspired ruleset, a collaborative game. We Used To Be Friends. I backed it on Patreon.

The available character options were evocative. Because it was a one-off alt-system game in a long-term game, I ran several characters, which was fun.

But, it also reinforced one of the issues I have with PbtA games. NPCs. Because the games are so forward facing, the NPCs are all the same.

I am not suggesting from a game mechanics standpoint I need a whole sourcebook filled with rules for statting up NPCs, but, at the end of the day. Every NPC is mechanically the same.

I enjoy playing the NPCs in my games. I also like that they can do things.

I am not suggesting they need to be all Elminstery, in that they do the heavy lifting while the players watch. But, i like them to be able to interact with the world and the PCs.

With some exceptions, it is why a long-term PbtA game would be hard for me to run.

I like my NPCs, but they are not indestructible. Unless they are.

They are in-between Elminster and stolen cars.

They are part of the world, and the PCs appreciate them, so should my system.