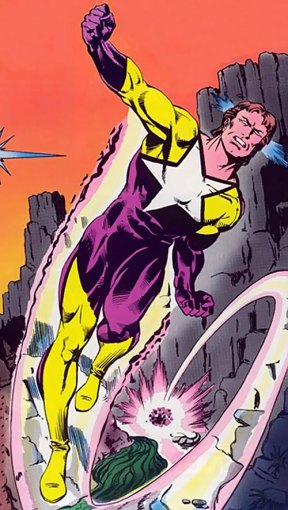 Akin to the combing of back issue bins and hitting yard sales looking for comics missing and obscure (the Will Payton Starman is a character who had long a series running almost 4 years, yet I had never encountered until I began my greatest journey: sorting 100 long boxes of comics) is the refound interest in vinyl.

I’m no aficionado, nor do I even own a record player/ turntable, but I appreciate combing through stacks with friends who are.

And, I have taken it upon myself to randomly grab something no one has heard of, purchase it, and put it on said turntable, without any research.

The first notes hit, and I chimed in, it sounds like The Time.

Want to know why?

Because, St. Paul was a member. Paul Peterson’s nom a play on his residence in St. Paul. 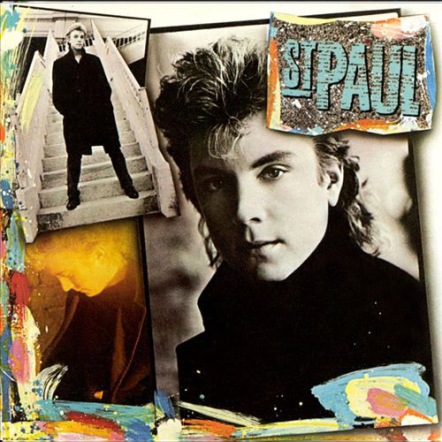 He has a Prince connection, having been hand-picked by the Purple One to join the Time, he was in Purple Rain, and is still making music today.

His daughter is making music even.

In Dance ‘Til Dawn, I state, and I mean it: every song is a piece of art. We owe to ourselves to expose ourselves to new artists and art. It may not change your life, but it might give you something you can hold onto.

Nick Fury’s Howling Commandos (2005; w: Keith Giffen; a: various).  Read that title again. You might think this was the raucous adventures of Fury, Dum Dum, Gabe Jones and all those other awesome characters from days long ago. You would be wrong.  This series is about a bunch of supernatural/ monstrous Marvel characters working for a division of S.H.I.E.L.D. This must have taken some inspiration from that chart-selling book by the Distinguished Competition: Creature Commandos.

There was a lot packed into this series even though it only lasted 6 issues.  A lot you ask? Artists: 4. Primary characters: 7. Supporting characters: 17!

Primary characters include such monstrous archetypes as: a Frankensteinian monster, a mummy, a vampire, a werewolf, and a zombie. Add in Gorilla-Man and Clay Quartermain, and you have a roster with lots of fun, goofy potential, and a hook that is sure to appeal to fans of off-the-wall ideas (AoG EiC Mike, I am looking at you!).

And likely because by issue 3, they knew they were /not/ onto something, they enlisted Amanda Conner for a cheesecakey cover, hoping to lure in new readers.

If you are looking for a series featuring Groot, Hellstrom, and Manphibian, this is it. There are so many really fun concepts here, it would be great if they could bring the team back in some way, maybe even for an appearance in a pre-existing book.

Giffen committed to the pitch, and went for it with a whole lot of gusto.

Will we ever see any of these characters and this affiliation in any Marvel titles or in their CinematicU? I would be willing to say no. But, we can all dream. Fury talking to Groot perhaps?

Yes, we just finished up a podcast series covering Original Sin, but frequently we referred to past crossover events, so we thought this would be a great time to open up the Back Issue Bin and look at these crossover event series.

But, in order to do so, we need some common criteria on which to judge them. You have heard of the ABCs, we came up with the PQRS. We will rate each of these 4 categories on a 1-10 scale, which will then give us a common language to discuss events!

P: The Premise and Potential of a series. How cool is the idea? How compelling and interesting and original is the concept.

Q: Quality. Yes, this is entirely subjective, but we will be looking at the quality of the art and the writing.

R: The Repercussions of the series. Crossovers often seek to shake up the status quo and increase book sales. Is the status quo changed after the event?

S: Significance. How many titles/ corners of the universe were touched upon with tie-ins? How consistent is the happenings of the title within the universe? If Character X is stranded on an alien planet, broken and emotionally scarred, but then in their own title are going on a second date with their longtime crush, this diminishes the significance. If the tie-ins are not directly impacted, this decreases the significance.

So, now we have a common language that we can use to discuss these events, and to give an example, we will jump right into Original Sin!

Original Sin was 8 issues, and original scheduled to be bi-weekly, although the last two issues were delayed. There were three all-new subtitles directly related to the series, and ten series that crossed over with the main title.

P: The Watcher is killed, and all his secrets will be revealed. Two teams of supers seek to discover who committed the murder, and why, and the whole of the Marvel Universe will feel have to face secrets long hidden.
Score: 7
It was pitched as a classic murder mystery. This didn’t particularly compel me, especially because there was no real build up, as far as I know. The Watcher had been a non-factor in the Marvel U for quite a while.

Q: I liked Deodato’s art, and as a writer Aaron had some moments, but overall, the execution was godawful. As we began podcasting this, we looked at several “rules of a mystery” and this followed very few of them. The characters involved were a true mishmash, the covers were deceptive, and although the concept had potential, it was left unrealized.
Score: 2
Where were the earth-shattering secrets?

R: There were a couple of reveals, plot points that will be felt in the MarvelU, but nothing too major. I don’t particularly feel any strong pull to add any new titles to my pull, and actually grew actively disinterested as several tie-ins progressed.
Score: 3

S: I still do not follow what most of the tie-ins had to do with the actual series. Deadpool? The Avengers (the reveal of which was a plot device that has already been used, and more effectively, by both of the Big Two in past events and plotlines). The tie-ins were a decent cross-section of the corners of the Marvel U, Avengers to X-titles to GotG to Deadpool to street level heroes and even Asgard. So it wanted to be big, but most of the tie-ins felt just marginally connected, and with the premise being that big secrets would shake everything up, not much happened. And the main villains, who were they, why were they involved, and why do I care? Seriously, even with the power of wiki-fu, I still do not understand their inclusion.
Score: 2

More Back Issue Bin: Crossovers will be covered: some we loved, some we loathed!

Is there such a thing as an unholy grail?  My fellow columnist, Ellie’s holy grail of comics is Wonder Woman and the Star Riders.

I came across this comic book during a back issue mining expedition. I gazed with wonder upon it. Before I read it, I did some research. I wanted to know what I was getting into. I cast all my buff spells.

Solarman may have been the last character Stan Lee wrote for Marvel comics. Marvel had big expectations for Solarman, offering a poster, and even producing an animated television pilot.

Ok, but why were only two issues produced? That was the mystery. This was network television. You didn’t get numbers and then cancel something after one or two episodes (farewell Lone Star, I have a theory about you and James Wolk, breakout star from Mad Men, but that will wait for later).  Only two issues seems unfathomable. Art must have been done, scripts must have been written.

What evil lay within these pages?

Some historical perspective: 1987 saw the Giffen/ Maguire/ DeMatteis Justice League title launching, and Marvel was beginning to see work by such artists as this guy named Jim Lee. So, maybe Solarman was anomalous of the time, maybe it was a little behind the times, but a good comic is still a good comic, right?

Certainly, 1989 was a time when the comic landscape was beginning to change, so maybe that is it. Maybe this was the comic book equivalent of It’s A Wonderful Life, Office Space, or Fight Club, commercial failures, but now considered classics?

I rolled initiative and began to read. I was ready.

The art is quaint; nothing terrible. Jim Mooney is the artist, he was older in 1989, but had a respectable portfolio of work.

Ok… so maybe this was meant to appeal to kids, that makes sense, a bit immature, harkening back to annoying sidekicks on classic 80s action cartoons. I took a deep breath and continued reading. I should have stopped.

The protagonist looks like Peter Parker, maybe with slightly wilder hair, and shorter. He is supposed to be working out on the Exerciser. Alien crash lands, when he pulls himself from the ocean, bystanders think he looks drunk, not noticing he has BLUE SKIN! Our hero shows up, helps the alien, and ala Green Lantern, he has cool powers.

Oh, did I mention the protagonist wants to be an artist… for Marvel Comics?!? The rest of the issue plays out pretty much as you might guess…. not well.

When Seeker 3000 gets a shout-out by Brian Michael Bendis, and Wolf from Team America/ Thunderiders gets a mention as a possible recruit in the Initiative program, and US 1 shows up with Deadpool and even in the Avengers, I know that I am not alone in embracing some of the more obscure parts of the Marvel Universe. But Solarman, after Issue 2, nothing.  No ironic mentions. Solarman is still out there in the Marvel Universe. Maybe someone needs to do something with him. Alan Moore?

The Back Issue Bin is a regular feature where we revisit and examine something from the past, either an old favorite, or something recently introduced to us. It could be a run of comics, an old game, a movie, tv show, anything that strikes our fancy.